TOR Mining Capital was spun out from a large private equity fund in order to create a separate private equity company with the specific intention that it will be listed on a public stock exchange in the near term.

The company’s assets were spun out from a large private equity group and, at the same time, additional assets were vended in by third parties and are all in mining and natural resources. 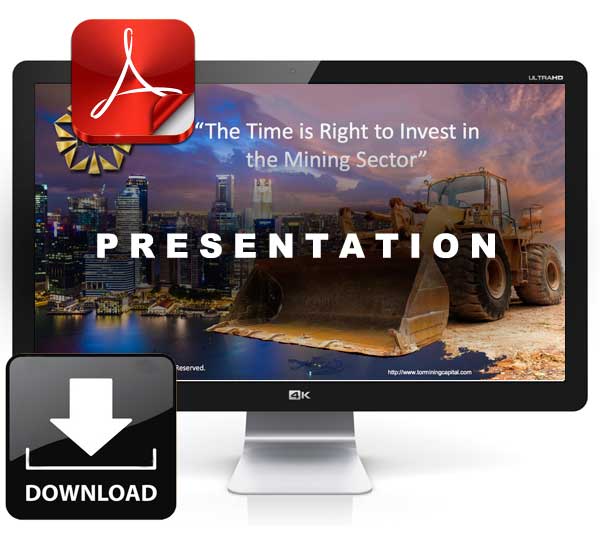 The mining industry has a cyclical nature and as available capital has been missing from the industry over the past decade, exploration and the development of junior mining companies has suffered. However, this creates an ideal opportunity to gain further investment exposure to the mining industry.

The cyclical nature of the industry, when commodity demand gathers momentum once again, as it is now doing, and verified by the statistics on global population growth and increased urbanisation in Asia and Africa, demand will outstrip supply. There will be a rush by the major mining companies to invest in and/or acquire world class assets, it is clear that now is the time to take advantage of the unprecedented valuations that currently exist.

The investment needed to decarbonise the economy to meet the Paris Agreement climate targets and realise the UN Sustainable Development Goals (SDGs) will see a sustained demand for metals and minerals over the coming decades.

Increasingly, society understands that these materials are essential for modern living and to support the transition to a sustainable future, something we all aspire to.

However, questions are increasingly being asked about their provenance and means of production: where do the materials come from and are they being produced responsibly? Is there a risk that child labour has been used or that their production threatens important areas for the conservation of biodiversity?

Consumer-facing companies in the electronics, automotive and other sectors are increasingly concerned about having access to secure supplies of metals and minerals that have been produced responsibly – as are companies delivering the technologies that support the transition to a low-carbon future.

Therefore, a key element of mining in the 21stCentury is being sustainable and operating in an ethical manner. TOR Mining Capital believes it is incumbent to ensure that it’s investments operate in an ethical manner, and ensure that a strict code of conduct is in place in line with the UN Guiding Principles on Business and Human Rights.

TOR Mining Capital understands the industry dynamics, its value drivers and the inherent risks associated with mining investments. As such, TOR Mining Capital are able to make investments over the long term which are capable of delivering substantial returns whilst being coupled with a balanced sense of risk.

TOR Mining Capital also recognises that society may appreciate the critical importance of metals and minerals for modern living and to support the future achievement of the SDGs, but that increasingly it also has expectations that business should have a social purpose and make a positive contribution to society. This reinforces the need for such materials to be produced responsibly today, with careful consideration for people, the environment and the potential for the revenues derived from mining to support the transition to the sustainable future envisaged by the SDGs.

This approach means that TOR Mining Capital has more of a ‘partnership’ type approach to its investments. By utilising this approach to investing, we develop a collaborative relationship with our investee’s management and leverage our own in-house skill, expertise and global network to add value to projects (as well as capital) and ensuring that ethical operating guidelines are adhered to.

T One Resources has more of a ‘partnership’ type approach to its investments.

We develop a collaborative relationship with our investee’s management and leverage our own in-house skill, expertise and global network to add value to projects (as well as capital)

There will be a rush by the major mining companies to invest in and or acquire world class assets, it is clearly evident that now is the time to take advantage of the unprecedented low valuations that currently exist.

We believe that there is substantial value to be created from the identification of potential world class assets.

TOR Mining Capital was spun out from a large private equity fund in order to create a separate public company with the specific intention of taking advantage of current depressed market conditions in the mining sector.

The company’s assets which were spun out and additional assets acquired as at the date of the spin out are all upper quartile assets.

TOR Mining Capital assets are all mid stage and are projected to achieve liquidity in the next 6-48 months.

TOR Mining Capital will make selective acquisitions once public that will help it achieve its stated aim of accumulating quality natural resource assets which should produce exceptional returns over the medium and long term.

A Continuing Demand for Commodities

It is our firm belief that the demand for commodities is driven by many factors, population growth, the emergence of China, India, and Africa. Prices will fall and rise, however, over the longer term, prices must rise as demand will outstrip supply.

China, India and the rest of the developing world will eclipse the west in a dramatic shift in the balance of economic power over the next 50 years, according to research by the Organisation for Economic Co-operation and Development (OECD).

Over the next half century, the unweighted average of GDP per capita (in 2005 PPP terms), is predicted to grow by roughly 3% annually in the non-OECD area, as against 1.7% in the OECD area.

As a result, by 2060 GDP per capita of the currently poorest economies will more than quadruple, whereas it will only double in the richest economies.
China and India will experience more than a seven-fold (700%) increase of their income per capita by 2060. 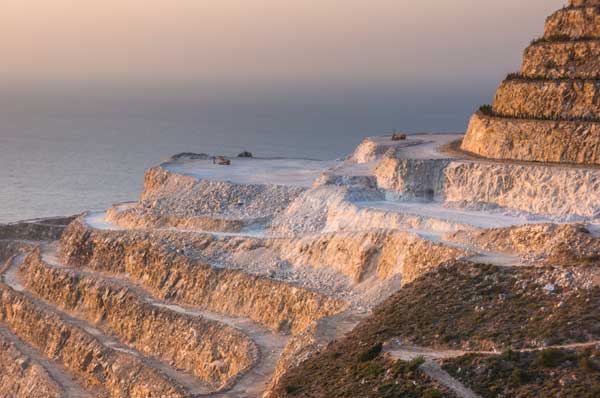 The extent of the catch-up is more pronounced in China reflecting the momentum of particularly strong productivity growth and rising capital intensity over the last decade. This will bring China 25% above the current income level of the US, while income per capita in India will reach only around half the current US level.

In a paper published in September, 2014, in Science, demographers from several universities and the United Nations Population Division conclude that instead of levelling off in the second half of the 21st century, as the UN predicted less than a decade ago, the world’s population will continue to grow beyond 2100.

For the first time, through the use of a “probabilistic” statistical method, the Science paper establishes a range of uncertainty around its central estimate-9.6 billion Earthlings in 2050, 10.9 billion by 2100. There’s an 80 percent chance, the authors conclude, that the actual number of people in 2100 will be somewhere between 9.6 and 12.3 billion.

According to the UN, the population in that region could quadruple, from less than one billion to nearly four billion. Africa in 2100 would be as densely populated as China is today.

No one, it seems is predicting a global no growth scenario. In fact, the prediction seems to be a call for average future global GDP to be at four percent with developing countries clocking in at a six percent average.

That means a lot of continuing forward demand for commodities. Global demand seems to be well supported by the statistics, economic growth in emerging economies will continue because of: 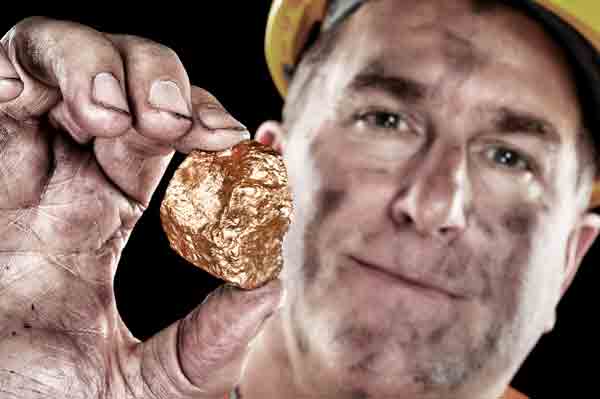 As long as developing countries commodity demand grows at a faster rate than global supply, prices will rise